Take a Breath Lawyers! Technology Can Be Your Friend.

Take a Breath Lawyers! Technology Can Be Your Friend. ...

< Previous Next >
Lawyers as well as many other professions have felt threatened by technology for many years. Technologies which automate legal practice using artificial intelligence (AI) might reduce employment opportunities for junior lawyers and even, in the minds of some, take over the profession altogether are seen to be particularly troublesome. They may have been throwing out the baby with the bathwater.
Category:
Integrations

It is not as if there is no reason for concern. In a recent experiment, a group of 20 experienced lawyers was pitted against an artificial intelligence application on tasks related to non-disclosure agreements. The lawyers were given 4 hours to review 5 non-disclosure agreements. The documents were also reviewed over the same length of time by an artificial intelligence application. The average accuracy of the lawyer team was 85 percent. The AI application achieved 94 percent accuracy (a statistically significant difference). The lawyers took an average of 92 minutes to make these checks. The machine took 28 seconds. Of course, this experiment may not represent a real competition because the parameters of the task and the setting of human beings vs the machine may not be compatible. But the experiment provides an insight into the concerns that are brewing inside the heads of the legal community.

Actually, many people are worried about the unlimited growth of general or strong AI.Mostly what we have now is artificial intelligence that performs a limited set of tasks (called "weak AI"). There are experts fearing that human beings must be certain that AI never develops objectives of its own.

An article in the Irish Times sites a joke.

"DID YOU HEAR THE ONE ABOUT THE AFFORDABLE YET EFFICIENT HUMAN LAWYER AND ITS ROBOT COUNTERPART? ONE IS A COMPLETE MYTH AND WILL NEVER HAPPEN, WHILE THE OTHER MIGHT BE JUST AROUND THE CORNER."
Tasks involved in sifting through documents, searching for word combinations--at this stage, possibly searching for similarities, parallels, examples later. Jobs like indexing and even editing, not for sense but for the form that AI may be able to adapt to.That is, thanks to artificial intelligence. Actually, the automated website (you would think it would be in the side of the machines) willrobotstakemyjob.com rates the legal profession as perfectly safe. The profession has an automation likelihood of 4 percent. However, the fact is that as machine intelligence becomes ever more sophisticated, it is likely to take over many of the repetitious and formulaic tasks that clerical personnel now spend so many hours completing.

AI is already being used for purposes of discovery, looking for needles in large haystacks and making the process of hiring rooms full of junior legal analysts sifting through millions of documents at an hourly rate, much more efficient and accurate. JP Morgan, for example, announced last year (2018) that they are using Contract Intelligence software to review legal documents, saving some 360,000 man-hours.

Computers can do many things really quickly with precision beyond that of human beings, providing they are given the extensive instructions they need.

Technology in Your Firm

Though AI and other technology seem to be scary and invasive, they really aren't. Implementing intuitive technology, like LawMaster's Legal Practice Management Software can drastically improve the daily running of your firm.

Efficiency, every firm wants it, not all know how to achieve it. Document automation and intelligent workflows are just two ways that LawMaster helps you reach this goal. Stop spending excessive amounts of time on repetitive tasks, automating them. Your team can then spend their time on more important tasks which are actually billable. Improve your internal communication by referring documents to colleagues rather than printing and physically delivering them.

It is important in an increasingly digital world to adapt before your competition does. Contact us today to see how LawMaster can improve your efficiency by at least 30%. 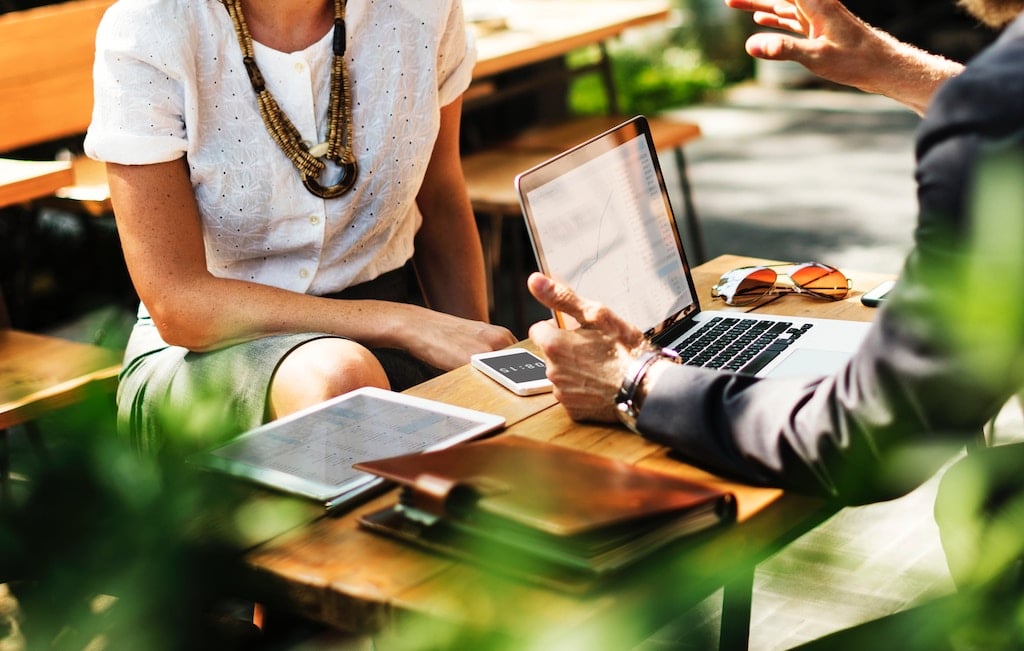 Talk to us about how LawMaster can upgrade the performance of your Law Practice. 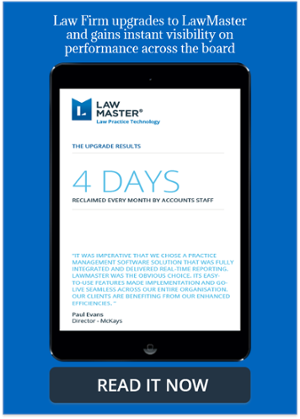